In 1988, the Cali Cartel in Colombia decided to kill their biggest competitor, Pablo Escobar.

Originally, the Cali Cartel wasn't prone to violence. But, after a series of attacks on their property and threats on the lives of their family by Escobar, the Cali Cartel planned to strike back.

A team of mercenaries was put together, led by a Brit named David Tomkins.

In a meeting with the Cali Cartel, Tomkins proposed a set fee to plan and execute an assault on Pablo Escobar's famous compound, Hacienda Nápoles, and end Escobar's life.

This, of course, would also mean the end of the Cali Cartel's biggest competitor.

I'm sure Tomkins felt that his fee was a "fair" offer. Perhaps he even thought it was a high-ball offer.

In reality, his offer was downright embarrassing.

Look at these numbers and then we'll consider Tomkins' offer...

Escobar was supplying 80% of the world's cocaine at the time, bringing in an estimated 60 million dollars per day (yes, I said "day").

That's half a billion dollars a week.

At one point, when on the run and in hiding, Escobar lit 2 million dollars on fire just to keep his daughter warm on a cold night.

The man would buy jet airliners for a million dollars a pop, use them to fly a hundred million dollars of cocaine into the U.S., and just abandon the airliner in a field never to be cared about again.

The Cali Cartel were no slouches either. They were already raking in tens of millions of dollars a day.

If Tomkins was successful, it would mean that the Cali Cartel would achieve a windfall of new business amounting to billions of dollars annually. That's not counting the hundreds of millions of dollars they'd instantly save by ending a major war with their competitor.

So, what was Tomkins' offer?

And it's not uncommon. It happens every day in businesses all around the world.

It's precisely what happens when you don't understand the concept of value-based pricing.

Now, the real question is, did the Cali Cartel get what they wanted?

Months after they were hired, Tomkins' team finally launched their mission after receiving intel that Escobar was sitting poolside at his compound.

Unfortunately, Tomkins' team loaded one of their helicopters with too much gear and crashed into the side of a mountain en route to the compound.

Failure, after all, is the ultimate price of hiring budget providers.

Tomkins lost and so did the Cali Cartel. And so did the people of Colombia, who continued to fall victim to Escobar's brutal brand of narcoterrorism for another half-decade.

Do everyone a favor and fix your pricing. 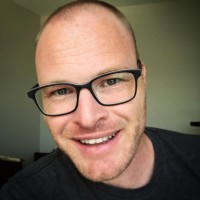 Article written by Kevin Geary
Kevin Geary is the owner of Digital Gravy, a web design, SEO, and digital marketing agency in Atlanta, GA. He's also the founder of Digital Ambition, where he posts helpful content for agency owners and web designers.

How to Migrate an Oxygen Website with ZERO Chance of Failure
January 23, 2022

How Value Based Pricing Works (With Examples)
April 25, 2020

Drop your information and I'll give you free access to the DigitalAmbition.co Toolbox – a growing resource of assets for freelancers and agency owners.
No spam, ever.
AboutBlogVideosToolsLoginInner CircleContact

Get Fresh Tips & Tutorials by Email

I promise not to send you any nonsense. Just a weekly email with fresh content and latest insights.
No spam, ever.